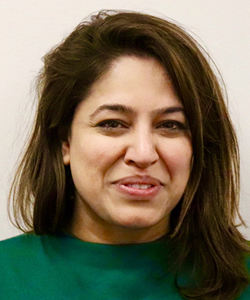 
Dr. Khan (she/her) is a Clinical Psychologist and an Assistant Professor at the Boston University School Of Medicine / Boston Medical Center. She is additionally the Training Director of the Center for Multicultural Training in Psychology, and the Director for the Center for Multicultural Mental Health at BU/BMC. She has a Psychodynamic background and an interest in Postcolonial theory. Her specialty training is in Trauma: Individual trauma, group/community based trauma, disaster related trauma, immigration and postcolonial trauma. As such, Dr. Khan has been conducting the Family Support Center, focused on serving the BH needs of Covid19 patients and their families at BMC. She was recently the Director of Behavioral Health and Resiliency Services at the Massachusetts Resiliency Center, serving the survivors of the Boston Marathon Bombings. Her additional interests are in multicultural clinical practice and multivariate aspects of identity development and she has presented on these topics at varying national and international conferences. She is an active member of several committees within the APA Division of Psychoanalysis (39). She additionally serves on the Disaster Behavioral Health Advisory Committee of the Massachusetts DMH. She is a recipient of several awards, most recently including the “Rising to the Occasion Award” for her work during the pandemic, the “Humanitarian Service Award” for her work with the Rohingyan Refugees in Bangladesh; the “Service Appreciation Award” for her work following the Boston Marathon Tragedy; “Woman of the Year Appreciation Award” by Pakistani Association of NY; and an “Outstanding service award” by the U. S. Attorney’s Office for services provided during the Tsarnaev trail. She is of Pakistani American descent and as a Muslim raised on three different continents, she is conversant in several languages. 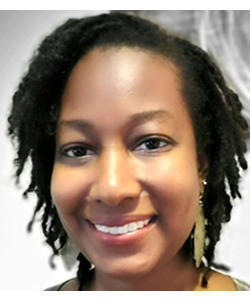 
Dr. Tahirah Abdullah (she/her) is an Associate Professor of Psychology at the University of Massachusetts Boston. She is also co-founder of Black Advocacy, Resistance, and Empowerment (BARE) for Mental Health & Wellness, through which she provides workshops to promote mental health and wellness within Black communities, while also providing consultation on implementing anti-racist practices for systemic change in mental health centers and other businesses and institutions. Dr. Abdullah received her B.A. in Psychology and Africana Studies from the University of Miami, and her M.S. and Ph.D. in Clinical Psychology from the University of Kentucky. Dr. Abdullah serves as a research mentor for several undergraduate and doctoral students and teaches a variety of undergraduate and doctoral level courses. Her research focuses on the impact of racism and discrimination on mental health, resisting racism, mental health help-seeking, mental illness and mental health treatment stigma, and understanding Black Americans' therapy experiences. Dr. Abdullah aims to use the knowledge gained from her research to improve the quality and accessibility of mental health services and reduce the stigma associated with mental illness and mental health treatment. She is an African American, Muslim cisgender woman and was born and raised and in the U.S. South. 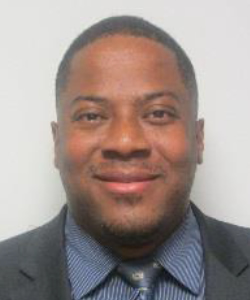 
Dr. John Brown is a licensed clinical psychologist and Massachusetts Designated Forensic Psychologist. He is the Program Director for the Tufts Medical Center Forensic Evaluation Team, which conducts evaluations for Massachusetts District and Superior Courts in inpatient and jail settings. He completed his undergraduate studies at Brown University, received his clinical psychology doctorate from the University of North Carolina- Chapel Hill, and completed post-doctoral studies at MGH (clinical) and the University of Massachusetts Medical School (forensic). Dr. Brown was previously the Director of Psychology at the Dr. Solomon Carter Fuller MH Center, a Massachusetts DMH Forensic Evaluation Unit. He has extensive experience in the practice of psychology in inpatient and forensic settings. His current clinical and research interests include applied and comparative ethics, including the ethics of practitioner deception, as well as situations involving clinicians’ (“Tarasoff”) duty to warn and protect. 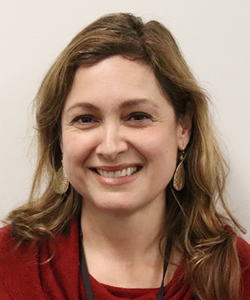 
Dr. Mattar is currently an Assistant Professor and Clinical Psychologist at the Boston University School of Medicine (Psychiatry)/ Boston Medical Center, Training Director of the Immigrant and Refugee Health Center, as well as Faculty/Supervisor at the Center for Multicultural Training in Psychology. She is a licensed psychologist with more than 20 years of clinical and teaching experience combined. She has done field research around war trauma in Lebanon. Dr. Mattar is a founding member of the Division 56 (Trauma Psychology) of the American Psychological Association (APA), and Past Chair of the Committee on Ethnic Minority Affairs of APA. She also was a contributor of the APA Race and Ethnicity Guidelines. Dr. Mattar’s research interests are on the intersection of psychological trauma and culture; immigrants and refugee mental health; mental health disparities; multicultural and international psychology; culturally responsive education and training, and mindfulness and spirituality. She is currently an Associate Editor for the Journal of Psychological Trauma. Dr. Mattar is bilingual in English and Spanish and speaks conversational Arabic and French. She holds a Yoga Teacher certification (CYT-500 hours). 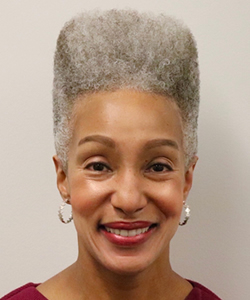 
Olivia Moorehead-Slaughter, PhD is a child clinical licensed Psychologist with 33 years of experience working with children, adolescents, families and adults across a range of settings including outpatient mental health clinics, schools, child care centers, juvenile and probate courts, community health centers, and social service agencies. For 24 years, Dr. Moorehead-Slaughter has been the Psychologist at The Park School (a pre-kindergarten through grade eight independent school) in Brookline, Massachusetts where she is known as “Dr. O.” Since 2004, she has been a faculty member of the Center for Multicultural Training in Psychology (CMTP), an APA accredited predoctoral internship program at Boston University School of Medicine and Boston Medical Center. Dr. Moorehead-Slaughter is the former Chair of the Massachusetts Board of Licensure for Psychologists and the American Psychological Association (APA) Ethics Committee. She is Past President of APA’s Division 35 (The Society for the Psychology of Women) and in 2014, received the Division 35 Bonnie A. Strickland and Jessica Henderson Daniel Distinguished Mentoring Award. In 2019, she was the recipient of APA’s Division 35 Foremothers Mentorship Career Excellence Award. Dr. Moorehead-Slaughter is the former Chair of the APA Board for the Advancement of Psychology in the Public Interest (BAPPI) and a former member of the APA Board of Educational Affairs (BEA). She has a private consulting practice which includes working with faculty and administrators in independent schools throughout the country on issues related to diversity, equity, and inclusion; clinical consultation, presentations, workshops, and retreats. Since 2004, Dr. Moorehead-Slaughter has served on the faculty of the Diversity Directions Independent School Seminar (held each summer at Brooks School in North Andover) and also consults to independent schools with Diversity Directions throughout the year. She has served as a board member of the Association of Independent Schools in New England (AISNE). She identifies as a cisgendered, African-American/Black female, feminist, heterosexual, married, mother of 2 adult sons. Her pronouns are she/her/hers. 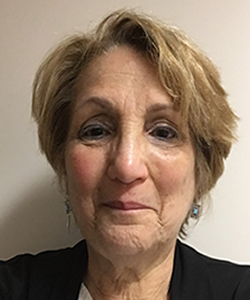 
Andrea (Andi) is a licensed Psychologist with a specialization in child psychology. She received her doctorate in Clinical Child Psychological from Yeshiva University and completed her pre and post-doctoral training At McLean Hospital in Belmont. Andrea has worked in the public schools as a psychologist for the past 30 years and has a private practice specializing in neuropsychological evaluation and advocacy. In addition, she has worked at Boston Medical Center in the Psychiatric Emergency Department since 1994. Her primary interests include learning disabilities in school aged children and its impact on mental health. Andrea is of Eastern European decent( Polish, Austrian, Hungarian) and is Jewish. 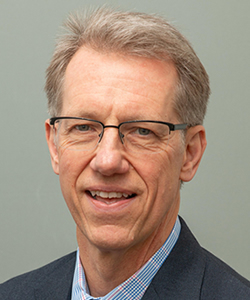 
Andrew Clark, M.D. is an adult and child psychiatrist with expertise in forensic psychiatry. He is currently the Director of Medical Student Education for the Department of Psychiatry at Boston Medical Center, and is an Associate Professor of Psychiatry at Boston University. Dr. Clark has a special interest in child and family forensic psychiatry, as well as correctional psychiatry. Dr. Clark co-leads the forensic seminar series in the CMTP program. He previously worked as the Medical Director of the Children and the Law Program at Massachusetts General Hospital, as well as the Director of Psychiatric Services at the Suffolk County House of Correction. He is of Anglo/French heritage, and was raised as Protestant in the Midwest. 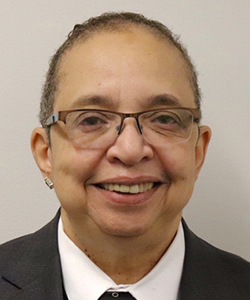 
Shani is a licensed Social Worker who is African American and lesbian. She is the Director of the Health Equity Roundtable, a program of the Harvard Pilgrim Health Care Foundation. She is a frequent presenter at teaching conferences nationally and regionally, with expertise in the provision of culturally informed health care systems, health disparities and the particular needs of communities of color and LGBTQ communities. Mx. Dowd is Assistant Clinical Professor of Psychiatry at the Boston University School of Medicine, and has been an instructor and supervisor with CMTP for more than thirty years. She currently teaches the seminar, “Design and Delivery of Culturally Appropriate Mental Health Services”. She is a member of the Board of Trustees of William James College, and a Trustee of the Fields, Hannagan and Walters Charitable Foundation. In addition to numerous awards, she is the 2017 recipient of the Massachusetts Public Health Association’s Lemuel Shattuck Award for contributions to the field of public health. 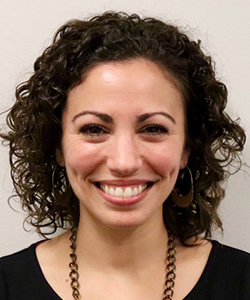 
Cara is a licensed Clinical Psychologist with a specialty in primary care behavioral health integration. She received her MPH in Epidemiology from Boston University in 2005, and her Ph.D. in Clinical Psychology from University of Massachusetts, Boston, in 2011. She currently serves as Director of Behavioral Health Integration in the Department of Psychiatry at Boston Medical Center and Assistant Professor of Psychiatry at BU School of Medicine. Her interests include improving access to behavioral health services, increasing cultural sensitivity in integrated primary care, and involving patients in the development of integrated care models. She has experience working in various primary care settings including the VA and university hospital-based family and internal medicine practices. In these settings, she has served as a behavioral health consultant, directed quality improvement projects, created group medical visits, and provided teaching and training to medicine residents, embedded behavioral health providers, and paraprofessionals. She is an active member of the Association of Behavioral and Cognitive Therapies, currently serving as Co-Chair of the Behavioral Medicine/Integrated Primary Care Special Interest Group. She is of Cape Verdean and Russian descent and was raised Jewish. 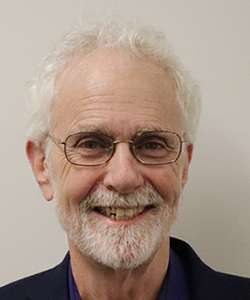 
David is a licensed Psychologist and family therapist whose work focuses on the interplay of culture, social class, and gender in family life within a social justice framework. His interest in multiple system intervention includes the problems that develop between school, student, and family around learning disabilities. He is currently interested in publishing on the Intersections of Psychotherapy and Spirituality. He teaches the Multicultural Family Systems Seminar. Dr. Trimble received his doctorate in Clinical Psychology from Harvard University's Department of Psychology and Social Relations. He is a member of the American Family Therapy Academy. He has been affiliated with CMTP since its beginning in 1972. Dr. Trimble is of Scots/Irish-American and English-American descent and is Jewish. 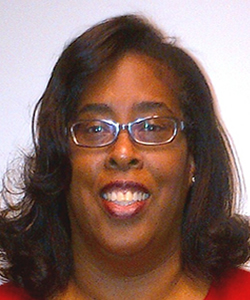 
Sarah started her career at Boston Medical Center 29 years ago. She managed the administrative office of the Chief of Surgical Critical Care, Department of Surgery. During this tenure, she also worked for Boston Medflight, Inc., the medical flight rescue program, under the CEO. For four years she managed all the administrative duties of the office of Surgical Oncology, Breast Surgery. Prior to coming to BMC, Ms. McCoy graduated from the University of Massachusetts/Boston with a Bachelor’s of Art degree in English. During her senior year at UMB, the Office of Grant and Contract Administration hired her full-time. She edited faculty grant proposals/contracts and was solely responsible for initiating and developing a computerized system for grant and contract preparation, eventually becoming the administrator for pre-award grant and contract functions. After three years in this position, she moved to the College of Nursing to assist the Project Director, of Boston University, on an NIH Training Grant for Critical Care Nursing. She has been promoted to Clerk, part-time, for Boston City Hall’s Election Department.